But some uncertainties remain. 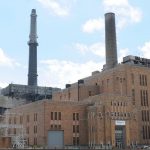 On Thursday, November 16, the Virginia State Air Pollution Control Board unanimously approved a draft rule designed to reduce carbon emissions from fossil generating facilities operating in the Commonwealth. The highly complex regulation, if implemented, would require Virginia generating facilities to participate in the Regional Greenhouse Gas Initiative (“RGGI”) trading system. The regulation will be administered by the Air Board and the Virginia Department of Environmental Quality (“DEQ”).

Following the publication of the rule, which is expected to occur in December or early January, 2018, there is a 60-day period in which the public and interested parties may provide comment on the rule. Following this public comment period, the Air Board would vote on the final rule in 2018.

The proposed rule would establish an initial statewide carbon cap of either 33 or 34 million tons, which represents the amount of carbon dioxide forecasted to be emitted in the Commonwealth in 2020. The carbon rule does not require generators to purchase emissions allowances from the Commonwealth in an auction, thus avoiding a state requirement that all revenue-raising measures must be approved by the General Assembly. Instead, generators will be freely allocated allowances, which they will thereafter consign to the RGGI auction.

Under the rule, therefore, utilities and other power plant operators would have an incentive to reduce emissions to avoid having to purchase additional allowances. Any unneeded emissions allowances must be sold in the RGGI trading system, with the proceeds credited to Virginia utility customers. However, the rule does not specify precisely how such proceeds would flow back to consumers.

The regulation would only apply to generation facilities that are 25 MW or larger in capacity. There are approximately 32 such facilities in Virginia that will be subject to the rule.

Between 2020 and 2030, the statewide carbon cap would be reduced by 3 percent each year, meaning that generating facilities would either need to reduce emissions or purchase additional emissions allowances.

The draft regulation represents the first time Virginia has attempted to regulate the amount of carbon that may be emitted by existing power plants. DEQ has regulated carbon emissions from new power plants since 2011.

Attorney General Mark Herring, in an official opinion issued in May, 2017, found that a carbon cap and trade program would be lawful. The Attorney General found that the Virginia State Air Pollution Control Board, under existing law, is “authorized to regulate ‘air pollution’” and to promulgate regulations “abating, controlling and prohibition air pollution.” Under Virginia law, “air pollution includes “substances which are or may be harmful or injurious to human health, welfare or safety, or to property.” The Attorney General also stated that “it is well settled that [greenhouse gases] fall within this definition.”

Virginia’s regulation will take the place of the federal Clean Power Plan, which is in the process of being repealed by the Environmental Protection Agency. Please contact one of our regulatory attorneys should you have questions about this draft rule.

On Tuesday, February 9, 2016, the United States Supreme Court held in a five to four decision to halt enforcement of the Environmental Protection Agency’s Clean Power Plan by the Obama administration until its legal challenges are resolved.  The challenge to the Clean Power Plan was brought by a group of 27 states and various utilities, coal miners, companies and business groups.  The Court’s ruling means the EPA will not be able to enforce its September 6, 2016 deadline for states to either submit their emission reduction plans or request a two-year extension until the lawsuit battles its way through the court system.  This overrules the DC Court’s refusal to grant the stay, which we discussed here.

The Supreme Court’s ruling came after the United States Court of Appeals for the District of Columbia denied the request in January.  The DC Circuit will commence its review of the merits of the challenges to the Clean Power Plan on an expedited basis, with oral arguments to begin June 2. Contact our energy regulation lawyers to get more information on this issue or talk about how the Clean Energy Plan might affect your business.

The U.S. Court of Appeals for the D.C. Circuit on Thursday declined to halt the implementation of the EPA’s Clean Power Plan (“CPP”). The CPP, which requires states to submit proposals to reduce carbon emissions from power generation facilities, was promulgated by the EPA on August 15, 2015 under Section 111(d) of the Clean Air Act. Opponents of rule, including West Virginia and 23 other states, immediately filed suit in federal court, arguing that the rule exceeded the EPA’s legal authority under Section 111(d). The group also asked the appellate court to halt the implementation of the CPP while their legal challenge is pending. The states argued that implementation of the rule would cause “irreparable harm.”

Thursday’s decision means that the rule will remain in effect while the court considers the lawsuit. The court held that the petitioners “have not satisfied the stringent requirements for a stay pending court review.” The D.C. Circuit cited a U.S. Supreme Court decision holding that injunctions will only be granted when the petitioners demonstrate a “strong likelihood of success on the merits” and when necessary to prevent “irreparable harm.” While allowing the implementation of the CPP to go forward, the D.C. Circuit ordered that the lawsuit will be heard “on an expedited basis.” Oral argument on the merits is scheduled for June 2, 2016.  State environmental agencies have until September 6, 2016 to submit a CPP compliance plan to the EPA.

If you have an interest in the issue of the EPA’s Clean Energy Plan or questions about the court’s decision, we invite you to call any of our utility regulation and energy lawyers. 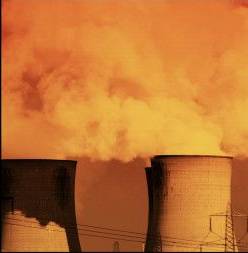 On October 5, 2015, the Richmond Times Dispatch included an article on the ongoing debate between utilities and renewable energy advocates as to how Virginia will comply with the U.S. Environmental Protection Agency’s new Clean Power Plan.  The Clean Power Plan obligates states to reduce their carbon dioxide emissions – which is aimed at cutting carbon emissions from power plants in the United States by a third.

Renewable energy advocates view this requirement as an opportunity to shift Virginia’s power supply from almost entirely depending on coal, natural gas and uranium – to utilizing more renewable energy, including solar facilities.  However, utilities argue, among other things, that the cost of such changes would be passed on to ratepayers – resulting in an increase in electricity rates by 20 to 40 percent.

Pursuant to the Clean Power Plan, states have until 2017 to finalize their plans to comply with its terms.  The renewable energy lawyers at GreeneHurlocker will continue to closely monitor the energy market as Virginia works towards complying with these requirements.