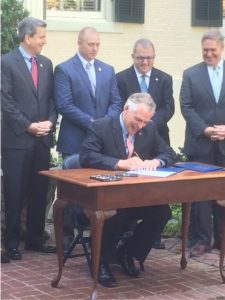 GreeneHurlocker attorney Eric Hurlocker was among the invited guests attending the clean energy bill signing ceremony at the Governor’s mansion this morning. Governor McAuliffe signed eleven pieces of legislation passed by the 2017 General Assembly that will help promote further development of renewable energy in Virginia. The Governor noted that “Virginia is moving in the right direction, especially with the recent announcement of record growth in our solar industry, but there is still work to do.” The Governor also added that while there were only 17 MW of installed solar energy in Virginia at the beginning of 2014, the Commonwealth can now boast of over 1500 MW of solar generation that is either installed or under development today.

Senate Bill 1395 (Wagner), also signed today, will expand the Virginia Department of Environmental Quality’s (“DEQ”) “permit-by-rule” (“PBR”) process to include larger renewable energy facilities. The PBR can often reduce the time and expense necessary to receive the state approvals required to begin construction and operation of a solar or wind facility. Senate Bill 1395 increases the facility size threshold, from 100 MW to 150 MW, which will allow more facilities to be permitted with fewer regulatory burdens from the state. Facilities receiving a PBR are exempted from State Corporation Commission review, so long as the project costs are not recovered from a utility’s ratepayers.

The Governor also signed House Bill 2390 (Kilgore), which will allow non-profit higher education institutions in Appalachian Power’s service territory to purchase 100% renewable energy from non-utility sellers. This bill is intended to address some of the economic challenges faced by colleges who wish to use renewable energy. House Bill 2390, by allowing non-profit colleges to purchase energy from third-party sellers, will permit these institutions to take advantage of federal tax benefits of renewable energy investments.

Please contact one of our renewable energy lawyers or regulatory attorneys should you have questions about these energy bills.

Virginia to Get $500,000 for Clean Energy Programs

Virginia was selected to receive a $500,000 grant through the U.S. Department of Energy which will support clean energy programs across the Commonwealth and could help create over 700 jobs. The Virginia Department of Mines, Minerals and Energy will manage the grant which will provide low-cost financing for private sector clean energy investments through Property Assessed Clean Energy (“PACE”) programs. PACE programs, which are currently used in 16 states and Washington, D.C., serve as a mechanism for financing energy efficiency and renewable energy improvements on private property. The programs allow local and state governments to fund the up-front cost of energy improvements on commercial and residential properties, which are paid back over time by the property owners. Localities coordinate with private lenders who are repaid when the localities collect PACE loan payments from the property owners in the form of special property assessments added to the property owner’s tax bill. For more information on PACE programs or other solar project financing and development matters, please contact Eric Hurlocker or Blair Powell at GreeneHurlocker. 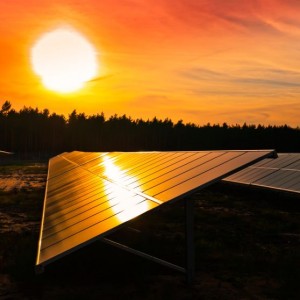 Solar Expansion Gets a Boost in Virginia

Earlier this week, we were excited to see the news that Sigora Solar and Virginia Community Capital (VCC)  have partnered to provide a low interest financing option for Virginia companies wanting to install and use solar electricity generation assets in their businesses. This announcement comes as no surprise to us, as both of these Virginia organizations have been at the forefront of solar development for some time.

We applaud the leadership that organizations like Sigora Solar and VCC exhibit as the solar industry continues to expand throughout the Commonwealth.  If you would like more information on solar financing or solar asset development, please contact any of our energy and utility lawyers in Richmond.

Get Your Lobby On! Virginia Clean Energy Lobby Days 2017

We’re big on advocating the expansion of development and use of renewable energy sources in Virginia and, as members of the Maryland-DC-Virginia Solar Energy Industry Association (MDV-SEIA), we show up on Clean Energy Lobby Day. CELD is an annual advocacy day which allows legislators and constituents to connect regarding energy policy under consideration by the General Assembly. It’s always a great time to talk with legislators and our industry partners.

This year, there will be two CELD opportunities at subcommittee meetings at the Capitol in Richmond: Thursday, January 26th, for the Senate Energy Subcommittee and Tuesday January 31st, for the House Energy Subcommittee. If you want more solar development, this might be a chance to make your opinion heard by the General Assembly. Come join us!

If you want to know more about MDV-SEIA, where GreeneHurlocker co-founder Eric Hurlocker serves on the Board, or about renewable energy development in Virginia, please call Eric or any of our Virginia energy lawyers.

Our Wishes for the Holidays

All of us here at GreeneHurlocker wish you a happy holiday and a joyous new year. Be safe out there!

We are excited to announce that our client, Virginia Solar, a Virginia-based solar developer, sold four solar projects, each located in the Commonwealth, on November 21, 2016 to an affiliate of Dominion Resources, Inc. The four solar projects, located in New Kent, Buckingham, Sussex and Powhatan counties, will bring approximately 80 megawatts of solar energy to Virginia. These solar projects represent four of the solar farms referenced in Amazon’s press release of November 17, 2016 which can be found here.

If you have any questions about solar project development in Virginia, please contact one of our renewable energy attorneys. 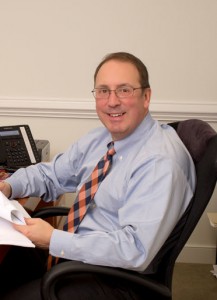 Solar Focus 2016, the annual conference of our Maryland-District of Columbia-Virginia chapter of the Solar Energy Industry Association (MDV-SEIA), begins November 16 at the Renaissance Washington DC Downtown. Once again, GreeneHurlocker will be pleased to sponsor the coffee/refreshment breaks and join in the usual spirited discussions about how to promote and grow the role of solar energy in our lives and our businesses.

Among the meetings will also be a job fair for folks who are looking for help in their firms or looking for opportunities in solar, and the job fair includes a career panel discussion, Exploring Career Pathways in Renewable Energy. The best news is that the general public is invited FREE to the jobs fair.

I hope you will look me up when you’re in DC, I’ll be out in the halls with my MDV-SEIA Board Member hat on and would love to talk with you about the things on your mind and what your firm is looking forward to in the next year. You’ll be able to find me standing by the coffee pot.

If you want more information about MDV-SEIA or to talk about renewable energy development just give me a call, or talk to any of our solar energy lawyers.

Charlottesville Tomorrow has a nice piece on Riverbend Development’s plans to install a sizable solar panel array on one of its properties in the town. This follows on an installation earlier this year by the company on Starr Hill Brewery, nearby in Crozet, Virginia.

As we noted here, when we attended a ceremony in Charlottesville for the opening of a solar energy project within the Albemarle Public Schools, this area of the state is seeing a big interest in solar. Governor McAuliffe was on hand then and sent a very positive message to the whole Commonwealth that solar projects and the jobs they bring are good for Virginia.

If you want to know more about Power Purchase Agreements like those used in Albemarle County or about other opportunities for renewable and solar energy projects in Virginia, contact any of our Virginia energy lawyers.