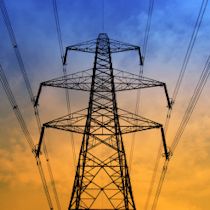 Good news for Maryland’s competitive energy suppliers and their customers. In the past few weeks, the Maryland Public Service Commission issued two Letter Orders rejecting requests by BGE, Pepco, and Delmarva Power to include in the Purchase of Receivables programs costs incurred to comply with the recent RM54 proceeding. In other words, they wanted to recover those costs from competitive retail suppliers. Under the utilities’ proposals, costs to implement certain market enhancements – including 3-business-day accelerated switching – would have been recovered through the discount rate applied when the utility purchases supplier receivables.

There were slight differences to the utilities’ arguments. BGE argued that its current tariff allowed for recover through the POR rates of RM54-related costs. The Commission agreed with the Retail Energy Supply Association that BGE’s tariff does not allow BGE to recover these costs through POR discount rates. Pepco and Delmarva had sought to modify their respective tariffs to include language allowing for recovery. The Commission said no.  Also, in each case, the Commission stated that it “does not believe that it would be appropriate to force suppliers and their retail customers to bear the costs associated with the implementation of a program that benefits all ratepayers, as well as the competitive market as a whole.” Instead, the utilities can seek cost recovery through a base rate case.

RESA scored another win on a second issue in the case when the Commission rejected BGE’s proposed exclusion of revenues from late payment charges (“LPCs”) in the POR discount rate, effectively reducing the amount BGE pays suppliers for receivables purchased through the POR program. In a powerful rebuke to BGE’s proposal, the Commission explained that for “the past six years the Commission has consistently approved the inclusion of the LPCs in the discount rate calculation.  Similarly, the Commission has consistently denied any request for exclusion of these charges. The Commission reaffirms the reasons previously given for requiring the inclusion of LPCs in the calculation, declines to make the significant policy change being requested by BGE, and denies the Company’s request that LPCs be omitted from its POR discount rate.” This is a great result for RESA, the competitive retail energy supply markets in Maryland, and Maryland energy consumers.